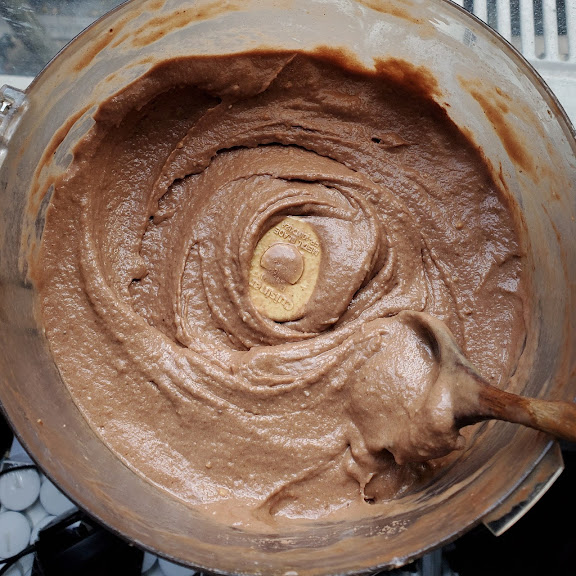 In researching the difference between ice cream and gelato, I learned that ice cream is more likely to contain egg yolks than gelato and that gelato actually uses more milk and less cream (this is news to me). I always thought gelato was custardy because of egg yolks. It turns out it's thicker than ice cream because it has less air due to the slow churning process. The more you know...

The base of this gelato is ripe bananas but the addition of full fat coconut milk makes it so incredibly creamy. The chocolate and peanut butter so a great job of masking the banana flavor too. I made the gelato in my food processor instead of my blender which was kind of slower churn. This is the most delicious gelato I've ever made. It also freezes and defrosts very well. Note: I had a bunch of bananas given to me by my friend so I made a huge batch of this gelato but use as many bananas as you wish. I will give you the recipe for a bigger batch.

After defrosting for about 15 minutes, pulse the bananas and milk until the bananas start to break up and become processed. Then turn on the food processor full force. You will need to help the food processor along by pushing down the bananas or breaking them up. Just don't put your FP on full force with super frozen bananas. Once the bananas are almost churned into ice cream, add the cocoa powder. Keep processing into smooth, creamy chocolate gelato. Once the banana pieces are completely processed, transfer to a glass bowl and mix in the peanut butter by hand. Make sure you get pb throughout the gelato. Serve and place the lid on any leftovers and store in the freezer. 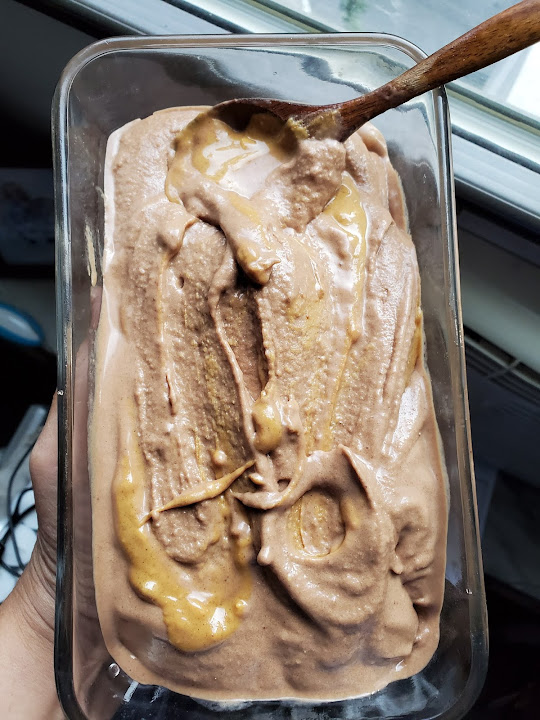 Add the bananas slowly; if you have alot of them, put 5or 6 in your food processor at a time and process then add more. I have a nine cup FP so I put in as many bananas as it could handle. The full fat coconut milk adds fat to the gelato but you can also use soy milk.